Our choice for new movies to stream is:

Richard Linklater comes back to animation with this story about a Texas kid who grew up against the backdrop of the Apollo moon landing. (Any resemblance to a young Richard Linklater in the protagonist is not coincidental.) This animation movie is not just for kids, but also for grown people who like to watch one great fantasy because of his story. 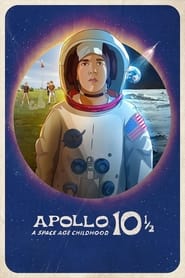 The newest from Judd Apatow changes that with the story of the actors and crew of a Blockbuster movie (played by Karen Gillan, Fred Armisen, Borat Subsequent Moviefilm’s Maria Bakalova, David Duchovny, Iris Apatow, and others) attempting to make a heavily hyped movie while locked away in a London hotel.

One of the most intriguing and conflicted protagonists in Sony Pictures Universe of Marvel Characters, Oscar® winner Jared Leto, converts into the mysterious anti – hero Michael Morbius for the big screen. But Dr. Morbius, who is critically ill with an unusual blood disease and is determined to help others who are in that situation as him, but takes a desperate gamble. So it appears to be a huge success at first, so a darkness within him is unstoppable. Will good triumph over evil, or will Morbius fall victim to his strange new desires?

In “Turning Red,” With Lee, a confident, rough, thirteen-year-old girl is torn between her mother’s remaining obedient daughter and the restlessness of her youth. And because changes in her interests, relationships and body are not enough, but every time he is brought up (which is almost ALWAYS for a teenager), so she became the big red panda! This movie is appear to be new but gold, because of his success.

In the world of spies, some missions require an agent with a unique set of skills and mindset who has not only the courage but also the ability to melt even the worst of hearts. So this is a job for C.I. Ape! The first chimpanzee to join C.I.A and became a agent. When the criminal conspiracy was discovered, C.I.A. he turned to him, their most unusual agent to serve the conspiracy from within. So this became nothing else but viral movie. This movie is not just for kids but also for everybody who like to watch good animation movie because of his story. 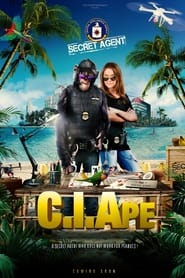 We will post every month our recommendations for new movies to stream. Thank you for visiting and watching movies on Best Cinema Online. We are here because of you.

All pictures are from IMDB